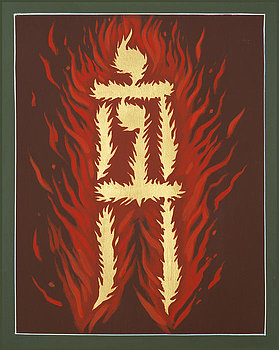 Week One:
Introduction and the Book of Genesis:
We will begin with a brief introduction to the Old Testament in terms of what it consists of, the types of writing it contains, and who the writers may have been. We will briefly discuss the Catholic version of the Hebrew Scriptures as compared with the Protestant version and the original Hebrew version. The majority of the class, however, will be spent on the Book of Genesis, our origins and relationship with God, and the beginnings of the Hebrew people. We will explore the first patriarchs, Abraham, Isaac, Jacob, and Joseph.
Week Two:
The Exodus and the Law:
In the second session we will look at the Exodus event from Moses’ experience at the Burning Bush and the experience of the Jewish people in the desert, until their arrival at the Promised Land. The focus will be on God’s care for His people through His liberating power. The Exodus event is the heart of the Bible. It reveals how God has continually liberated His people from oppression and from slavery to sin and weakness. We will also look into the Law given to Moses which defined the life of the Jewish people. To do this, main themes from the books of Leviticus, Numbers and Deuteronomy will be covered.
​
Week Three:
The Judges and the Beginning of the Era of Kings:
In the third session the presentation will be about the beginning of Israel as a nation. First we will look into the era of the Judges, their function, purpose, and the results of their leadership. The presentation will include a brief look at some of the actual Judges. We will see what lessons we can learn from these leaders. We will also discuss the role of the king and why God warned Israel against having kings. To do so, the presentation will focus on the role of Samuel, the man who guided the first kings. We will compare the leadership of Saul and David and its ups and downs for the nation of Israel.
Week Four:
David, Solomon, and the Split of the Kingdom:
In the fourth session the presentation will finish the story of King David and look at the kingship of Solomon and his descendants. The presentation will focus on the gift of wisdom given to Solomon and the results of his usage of that gift as well as what took place when he let go of the gift. We will explore the subsequent split of the nation of Israel into two smaller nations at odds with each other, yet not at war. The presentation will include the kings who reigned over these two kingdoms, what they were like, and the results of the sins of the people who followed the bad example of many of these kings.

Week Five:
Kings, Exile, and the Minor Prophets:
In the fifth session the presentation will center on the kings during the split of the Kingdom and what it led to: the Babylonian Exile and dissolution of the nation of Israel. We will explore what happened to the people of Israel and Judah as we delve into this period of their history. Overlaid on top of the history will be an introduction to the Prophets, with the focus on the minor prophets, especially Hosea, Amos, and Micah.
​Week Six:
Major Prophets: Isaiah, Jeremiah, and Ezekiel:
In the sixth session the presentation will center on three Major Prophets, Isaiah, Jeremiah, and Ezekiel. We will superimpose these men on the times in which they lived when the Kingdom of Israel was split into two separate nations, Israel and Judah, both of which were having problems from within and without. The presentation will focus on the three different men who contributed to the book of Isaiah, the different times and situations in which they lived, and the different descriptions of the Messiah who was yet to come. We will also look at the writings of Jeremiah and Ezekiel which dealt with the southern Kingdom of Judah, its eventual demise, and the promise of restoration given by the Lord.

Week Seven:
Rebuilding after the Exile: Jonah, Zechariah, Malachi, Daniel, Ezra & Nehemiah, and 1 & 2 Maccabees:
In the seventh session the presentation will focus on the restoration of Israel after the Babylonian Exile. We will study three Minor Prophets who were active during this period: Jonah, Zechariah, and Malachi. We will also briefly look into the leadership during this time of Persian domination through the books of Ezra and Nehemiah, one a high priest and the other a governor. Finally we will discuss the Greek persecution of Israel as the presentation focuses on the prophet Daniel and 1 & 2 Maccabees. This is the period when the people began to understand that there was an afterlife and judgment after death. Many of our present beliefs such as prayer for the dead, resurrection of the body, and Heaven began to be revealed and understood during this period.
(Even though we are in the last two weeks, feel free to join us. No one should have any problem following the presentation even if you are joining us for the first time.)
Week Eight:
Wisdom Literature:
In this final session of the seminar the seven books which are the Wisdom literature in the Old Testament will be explored. We will spend time with Proverbs and Psalms, getting a feel for the type of writing in these books. There are many types of Psalms; we will look at examples from each type. We will also spend time with Ecclesiastes and Wisdom, discussing what the writers were trying to convey. Finally we will spend time with the Book of Job, which is like a novella with its message about our attempt to discover the purpose of suffering. Since much of this literature was written in the last few centuries before Christ, knowing something about these books helps us to better understand the spiritual atmosphere during His lifetime.